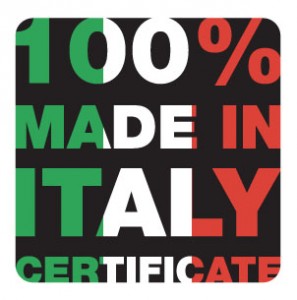 It’s amazing how these three short words ‘Made in Italy’ has been branded throughout the world as a symbol of quality, craftsmanship, and of course high prices. The question is, what does ‘Made in Italy’ really mean? What does it represent? Why is it so important? Well in the world of design, it’s really quite simple…

Design has been a part of Italian culture for hundreds of years and has developed into a lifestyle choice. Well known for fine foods, luxurious sports cars, haut couture, timeless art, and of course fabulous furniture, Italy has set the bar for excellence all across the board. Brands such as Gucci and Ferrari have built their image based on the simple fact that their entire line is crafted in Italy; this has set them apart as being some of the most prestigious brands money can buy. Marketing plays an important role in the image they have created but its much more than a commercial with supermodels flaunting themselves for the camera – for Italy, it can be found in the roots of their civilization. ‘Made in Italy’ is a reflection of centuries of inspired artists and inventors, monumental movers and shakers, Da Vinci and Michelangelo, whose legacy is still celebrated today. It is an exploration into past innovation, present circumstance, and future possibility. ‘Made in Italy’ is not just a disclaimer letting you know where your product was made – it is simply put, a passport through generations of innovation, experience and cultural richness, and the pride of a country following in the footsteps of their forefathers.

Quality is controlled by the hand of the manufacturer. Lets take Ferrari as an example. Stapled the sexiest sportscar on the road, it has been a status symbol for as long as they have been in production. Even with their price tags above and beyond a quarter million dollars, people often line up for years to get their hands on one. Seems a bit silly but it’s not because Ferrari doesn’t want to sell them, its simply because they cannot produce them fast enough. In 2010 Ferrari sold just over 6400 cars which was one of their best years in the last decade and to put this into perspective, in 2009 Ford produced over 400,000 F-150 trucks. The difference is in the manufacturing. Fords assembly line can spit out trucks faster than you can recite the alphabet backwards, whereas Ferraris are built completely by hand and typically take 3 weeks to build. The entire car is assembled by the hands of a very skilled human being; each stitch sewn, all bolts fastened, every component needed to create this gorgeous beast. The attention to detail cannot be compromised by machines which is why they remain at the top of the food chain with no intention to mass produce. This is much like the world of furniture.

Taking the concept of the Ferrari and comparing it to Italian furniture, it is more or less the same. Each time an order is placed, the product is made from scratch giving the client the flexibility to choose the color, size, material, and so on. Each order is customized to the clients liking and done so with great attention to detail to ensure the client gets exactly what they ordered. Mass production has no place in a world of detail and simply cannot exist. Much like the assembly line of a Ferrari, an Italian-made sofa is born in a very similar manner. The frame is built by hand by an experienced carpenter, the upholstery stitched by a skillful seamstress, and completed by a professional upholsterer. These steps ensure perfection where perfection is demanded.

Typically when we read ‘Made in Italy’ on the label we tend to clench our wallets, that’s a normal reaction, don’t worry, it happens to the best of us…you aren’t being taken as a fool. There are many hidden costs behind the final product as described in a previous post “The Price of Knock-Offs” that influence the final price of the product. The countless months to sketch an idea, the multiple prototypes built to iron out imperfections, and the cost of producing this product for the marketplace are all factors of the final price. As we all know, time is money, and often years pass from the day an idea is generated to the day it hits the shelves. Quality of material is also a common factor; whether it be solid walnut wood, down-filled cushions, extraclear glass, or top grain leather, these are the ingredients to guarantee peace of mind and customer satisfaction. The price of a product can also be influenced by whether or not it was conceived by a big name designer. For instance, the Lightweight by Tom Dixon for Foscarini is truly one of a kind. Owning one is like owning a piece of art created by one of today’s most affluent designers, and something truly unique and individual has a price tag that reflects such thought.

In the end, ‘Made in Italy’ is a simple phrase representing quality, originality, and longevity. Well designed products are timeless and are built to last. It’s easy to save a dollar by taking the ‘economical’ route but rest assured the savings represent shortcuts; shortcuts that in the end will cost you more than you saved.